I can't help but think of the reaction my sister and bro-in-law will have to this recipe. You see, in their view I already eat like a rabbit. You know, consuming things like carrots, broccoli and spinach - none of which appeals to their tastebuds in any way, shape or form. You can imagine how they'd feel about kale chips. Though, initially I hardly blamed them on this one. Even for me, baking a curly green leafy veg until crisp and calling a chip seemed like a stretch. That is until I tried it.

I had seen kale chip recipes before, here and there, and shied away. My inner sister coming through I suppose, but they just didn't seem that appealing. Then I started seeing various mentions popping up all over the place - on blogs I frequent, in friends' facebook status updates, in magazines, etc. And when a friend noted on facebook that even her kids snapped them up and - wait for it - asked for them, I thought I gotta give this a go. Sometime. Maybe.

Then, lo and behold, last week during our visit to Lesters Farm Market there was fresh, local kale on the shelf. T'was now or never.

I pulled up a few different recipes online and then just went with my own variation, as follows: 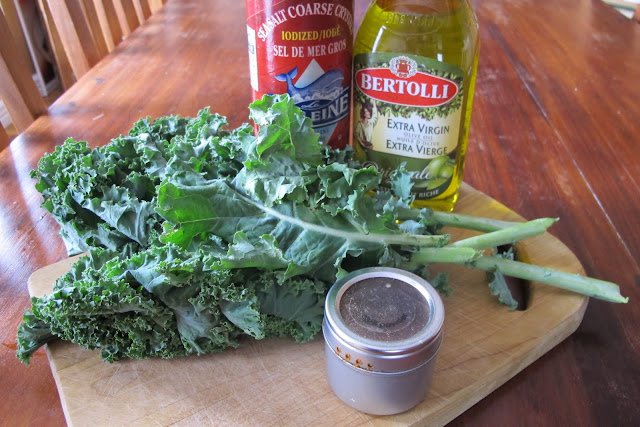 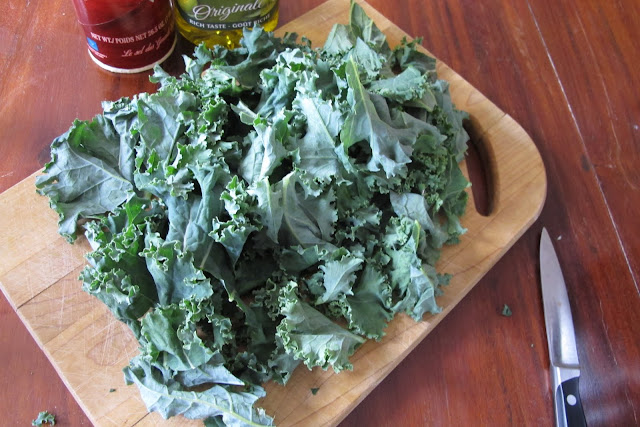 Cut kale away from ribs and cut or tear leaves into bite size pieces. 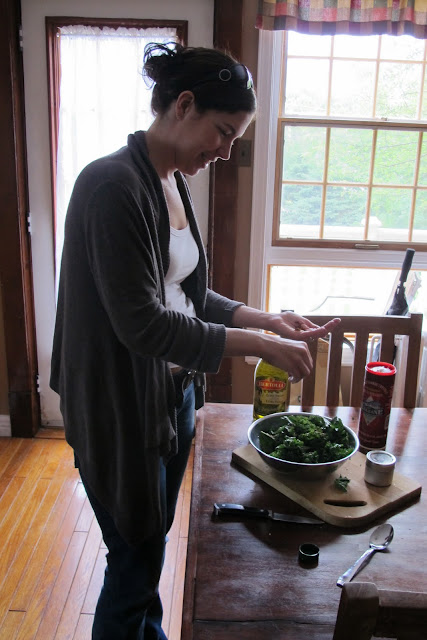 Toss with olive oil and get leaves coated. 1 tbsp was more than enough, you just want the leaves lightly covered as otherwise they'll crisp up too much and/or burn quickly.

Then sprinkle with sea salt to taste. This is where the end result gets a close resemblance to "real" chips in flavour. I used 1 tsp, but it was a bit much for our tastes given we eat very little salt in this house. I will definitely cut that back by half next time. But if salt is your thing or you want that salty chip flavour, give 'er. 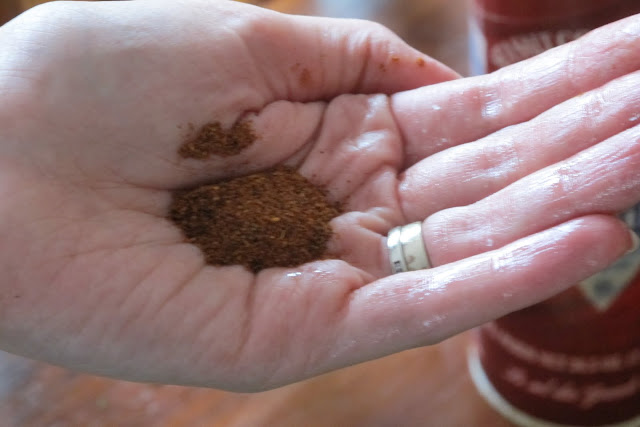 Then sprinkle with chili powder (note that this is a bit more than a tsp and I didn't use all that's shown here - good thing too as it was perfectly spicy with just the 1 tsp). Here's where you can play. A few recipes I read varied spices from nothing other than salt to cayenne to curry, even parmesan and asiago cheese. I'm going to give the curry a go sometime for sure! 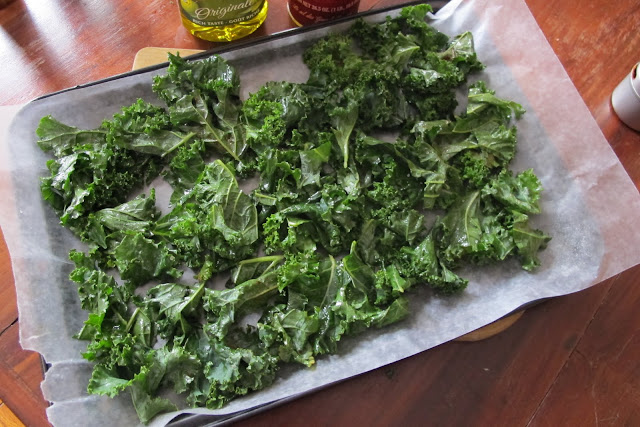 Spread kale on baking sheet (lined for easy clean up if desired) and bake in 350 degree oven for 12-15 minutes. Watch closely as the leaves will brown up quickly once it gets going. I ended up taking mine out at 11 minutes. Apparently, they'll take on a bitter taste if burnt or browned to much, so you're going for crispy and just lightly browned edges. 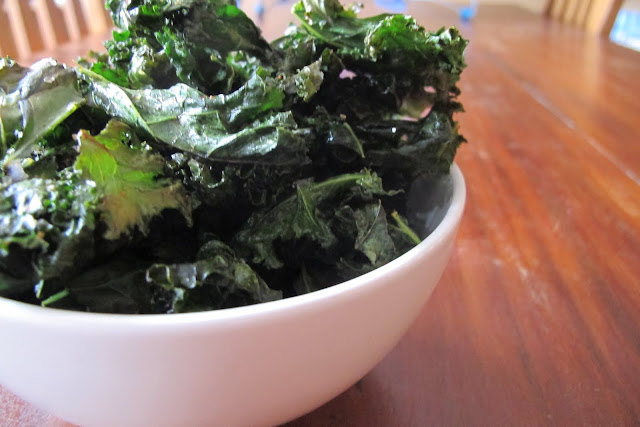 Serve and enjoy.
And that's exactly what we did. This entire bowl was consumed by two adults in short order and unanimously agreed that we'd I'd make it again. I can't say they taste exactly like your favourite bag of Frito-Lays, but they're a great fantastic healthier substitute. The oil gives them that slightly greasy feel we all love about chips, the salt adds that 'you can't stop at just one' taste and the crisp is like that of a good thin chip. Even better, they take no more than 15-20 minutes to make, so you can whip 'em up fresh just about anytime you get the craving for a salty treat.
If you make 'em, lemme know what you think.
Posted by Colleen Ryan at 9:00 AM

I make these all the time and even my "hate green veggies"husband and two little ones love them! Let me know how the curry ones turn out.