It's been a bit of a scrapbooking themed week here on the blog, so I'll keep it going with a share of Week 6 in the Project Life 2012 Album. I'm still working on Week 7 and hope to get on top of it and Week 8 by early next week. 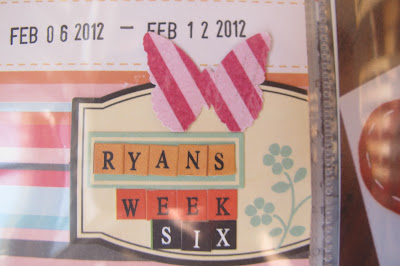 Here's the two page spread. There were a few inserts for this week, which you can see there right in the middle. 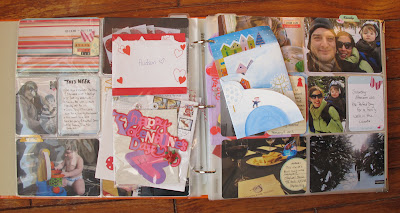 Here's the first page highlighting the valentines I made for HPs little playgroup friends, with a journaling card embellished to match. There's also a card detailing how the pic of HP at the piano looks so sweet + innocent, but the back story is how rough and tumble he actually is. There was also a visit from Nanny Pat this week. 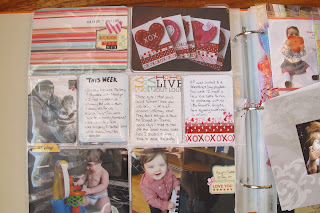 In the middle, there are a few additions including this card from my lovely sister-in-law who is loved for keeping up with actual handwritten notes and sharing photos and sending them in the mail, you know with a stamp on it. A few of the photos she sent are tucked in the envelope behind the card. 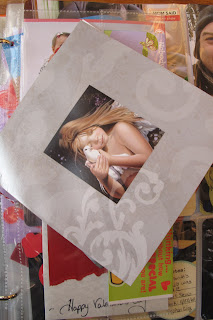 Then there's a mixed divider page holding the valentines HP received from his little friends, so sweet! You just get a glimpse to protect the identity of the little ones pictures :) 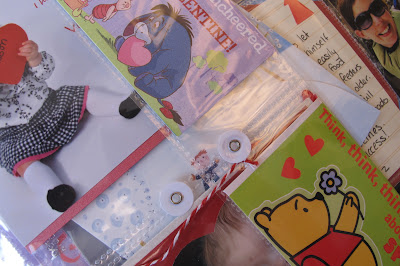 And the last insert is a belated Christmas card that we received from a friend. We went to their house on that weekend for a retro cocktail party complete with martinis + sidecars! For the cards, I just punch a hole or two and stick them in, that way they can still be read easily without having to be removed. 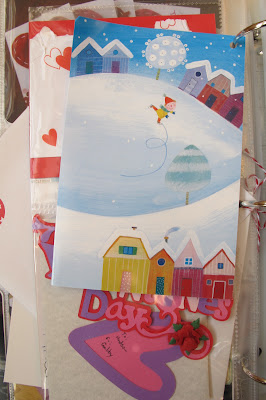 And last but not least, the second side of the spread highlighting a few of the pics you've seen earlier this week from our walk and HP's foray into self-feeding, as well as a snap from my book club dinner (we read 11/22/63 by Stephen King, which I highly recommend!) and a pic of HP's fun with Uncle Tony. 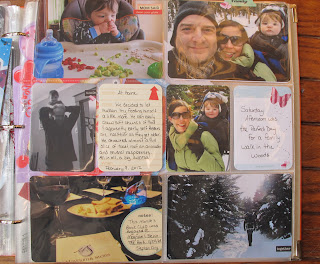 And there you have it, another week on the books.
Posted by Colleen Ryan at 7:30 AM