One of the many reasons I love Pinterest is the quick and easy way to find and save recipes. My In the Oven and On the Stove board has the second most pins of all my boards. Occasionally I even find the time to test a few out. (That's really my way of justifying the amount of time I spend pinning things ... if I try one or two every now and then it totally makes the hours and hours of fun I have worth it ... right?). As I was living true to yesterday's post and enjoying some quiet time with a coffee and a muffin on Pinterest, I thought I'd share a few of my recent Pin(Tested) recipes.

First up, are these brownies. I love to find a healthier version of favourite treats, especially those that satisfy a sweet tooth. These came from a recent copy of Chatelaine magazine and I went online and pinned them so I could recycle the mag and keep the recipe. While they still have a bit of sugar in them, they use ground almonds as a flour substitute. They also use only egg whites, no butter and no dairy. So, dairy free and gluten free, these sweet mounds of goodness are "two-thirds the calories, half the fat and three times the fibre of ordinary brownies." (as per Chatelaine). 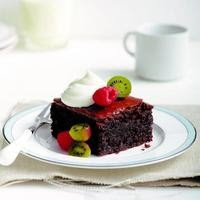 After making the first batch as per recipe and altering a second, I did discover that using store-bough ground almonds were my preference over home ground almonds, as they're a shade finer. I also added a half cup of unsweetened applesauce which made them a touch moister. As is, recipe was really good. Altered, even better.

Next up is this delightful avocado vinaigrette from Cassie at Back to Her Roots. Avocados are a regular purchase these days, given HP loves them beyond and they are perfectly soft for bite-size finger feeding and chewing. The only problem is he only eats part of one each time and once cut they simply don't hold up well. For the first few weeks I was enjoying the rest with my lunch, in salads and on sammies. But even I tired of that day in and day out (though HP doesn't seem to - still one of the first things he reaches for on his tray!). I went searching for alternate uses for the leftovers and found this dressing. 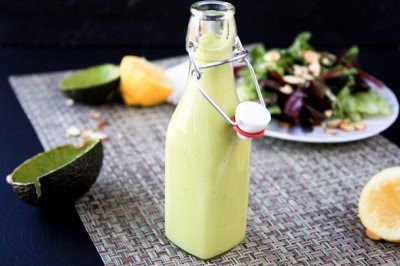 Again, second batch was altered to cut the vinegar in half and add about two tablespoons of honey. The original was extremely bright and citrusy, but a bit too much for tastes. I like a slight sweetness to cut the tang of the vinegar in vinaigrette. With the adjustments it was perfect for my tastebuds. Loved it over a chicken salad (hmmm supper tonight?) and mixed in with some hard-boiled eggs instead of mayo in an egg salad.

Quinoa is a new favourite in our house and I went in search of a Mexican-inspired quinoa dish to go with some salsa chicken. Pinterest didn't let me down and gave me these delicious sweet roasted peppers stuffed with quinoa via Good Cheap Eats. 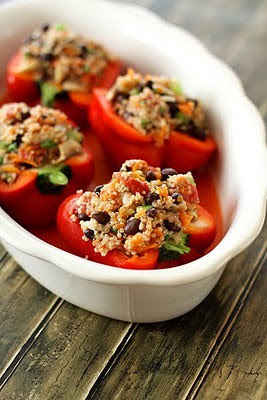 Again, as is my M-O, I changed it up a bit to work with the ingredients I had on hand. I used yellow peppers in place of celery, corn instead of carrots, left out the black beans but added extra of all the veggies to compensate and cut the whole thing in half. I also left out the cheese from the mix, just topping with it instead (and for no reason other than I forgot!). Even with the modifications, these were excellent. And even cutting the recipe in half, stuffing four pepper halves instead of eight, I had a heaping cup of the quinoa mix leftover. Mmmm.

And finally there were these beauties from the Brown Eyed Baker which I wrote about here. Mocha Espresso Cupcakes, need I say more? 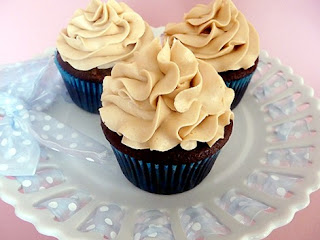 There you have it, four recipes I have Pin(Tested) on your behalf. Go forth, replicate (or modify) and enjoy!
Posted by Colleen Ryan at 8:00 AM

I can't wait to try the stuffed peppers and the cupcakes! They look delicious :)