While week 18 still looks like a work-in-progress, with some pics printed and placeholding: 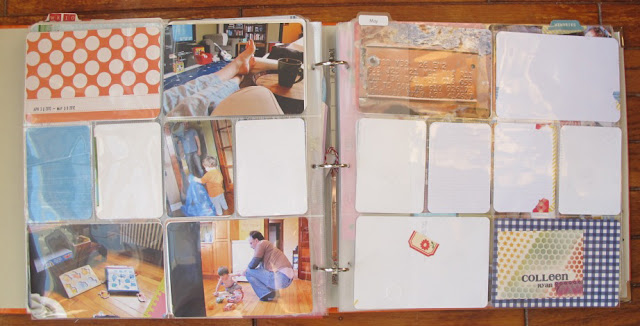 I'll move right along a share week 19, which was Mother's Day week and my little nephew's fourth birthday party. Those two events combined meant we spent much of that weekend around the bay. Here's the two-week spread, without the insert shown: 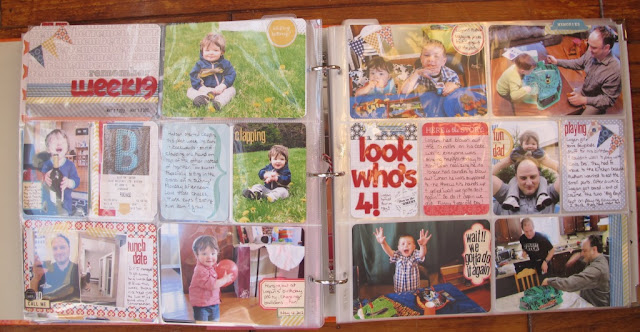 And here it is showing the insert from Mother's Day ... more on that in a bit. 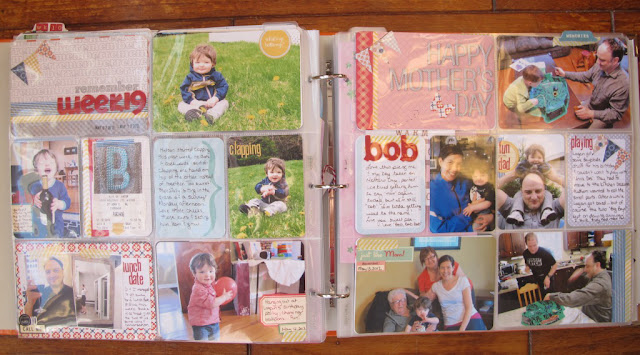 Here's a closer look at the left side of the page showing some nice spring weather, our little funny face, and a lunch date for D and me: 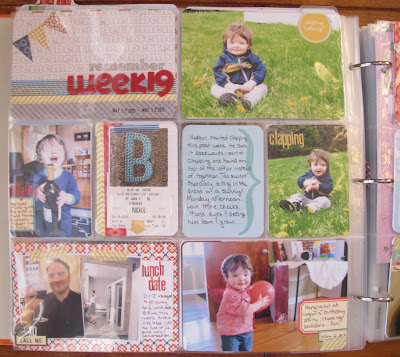 A closer look at the left corner. The picture of HP with the wine bottle is priceless. He hauled it out of the recycling box in the kitchen and came barrelling around the corner with it in hand, smiling and laughing, all proud of himself. Of course we took it and put it away so avoid any attempt to chew on the bottle or break it :) Then there was an impromptu lunch date that week for Des and me. We enjoyed conversation and delicious food, sans babe. Nice for a change. 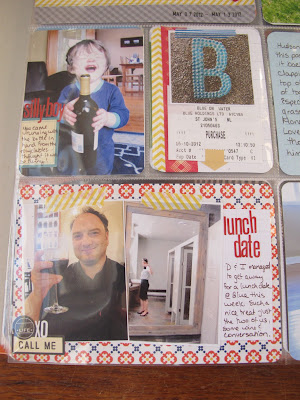 Now for a closer look at the right side of the spread, which focuses on Logan's birthday party celebrations. There are pics from lunch, from Des playing his new game and then Des and Jason (Logan's dad) playing the game after Logan tired of it ... boys will be boys I guess! And my favourite story/pic from the day, Logan blowing out his candles before the end of the happy birthday song. Upon realizing it, he threw his hands up and declared that we had to do it again. Which we did ... his birthday party afterall! 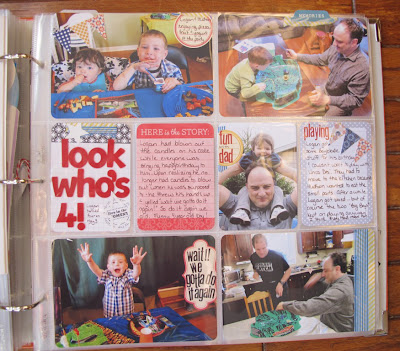 I also ended up with an insert this week just because there were too many fun photos and happenings to pare it down. I used the insert to cover the Mother's Day events, which was perfect. Here are the front side (left) and back (right) of that insert. I used one of the page protectors just cut in half: 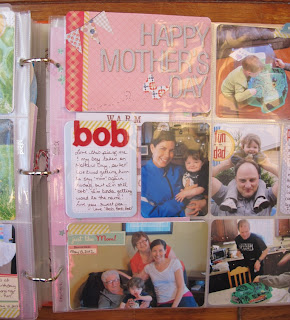 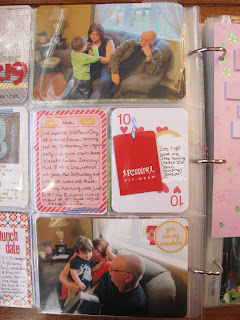 On the front, I made a title card, included a pic of me and my boy and the story of him still calling me "bob" instead of mom, and then a pic of Hudson, me, my mom, and my nan. On the back was a pic of Mom getting her Mother's Day gift from us, some snuggles from HP, and I added in the tag from my running jacket present from HP and D. I also added in the card from Des and Hudson, just punched holes in it and stuck it in: 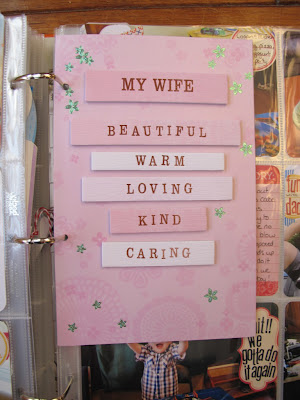