Film, Cassettes and Cursive Writing on the Brink of Extinction?

Earlier this summer, a friend recounted a story of being at a wedding with her two youngest daughters when someone at their table broke out a film camera. Her girls, who were about 4 and 5, hammed it up for the lens as most cutie-patooties their age do. However, once the mini-photo shoot was complete they excitedly wanted to see the pictures... can we see, can we see? Only, as it was film, seeing on the spot was not an option. My friend then had to attempt to explain how film cameras worked.

As you can imagine, explaining to the young girls that this was a roll of film and not an SD card and that the film had to go to the drugstore to be developed, not into the computer, was not an easy task. They simply couldn't understand why in the world you'd want to wait hours or days for your pictures when you could just use a digital camera and see it right away. Neither can I now that I've had a digital camera for several years. The difference between them and me though is that I will forever remember film cameras. I will remember the feeling of winding that wheel, the sound of the film rewinding inside, the anxiousness when opening the back hoping the film had fully rewound, and the anticipation of waiting for the roll to be developed to see what I captured. There was something about all that, something that you don`t get with digital cameras. Something that has been replaced by instant gratification and yes, better quality. Of course, that got me to thinking, what will Hudson not know that was common place for me?

Certainly digital versus film cameras. And then with the recent announcement that the term cassette tape will be cut from the Oxford English Dictionary, it is quite likely he won't know much about tapes or, as a facebook friend put it, about A and B sides. Ah, tapes, another mainstay of my childhood. Such fond memories of dancing on the front lawn with my mint green stereo plugged into the outside outlet booming out Tiffany and Madonna and NKOTB. Yes, I was that cool at age 10. That cool indeed. However, it is likely Hudson won't know much about tapes and stereos. Heck, Hudson may not even remember CDs much with the continual shift to mp3s, ipods and other such devices. For him pictures and music will quite likely live inside his computer.

And then of course there's the ongoing debate of whether to continue teaching cursive writing in schools. Imagine, a world where kids don't learn how to write their name? No more loopy letters. Good penmanship gone with our generation. Then again, kids today hardly ever write a letter. They write emails. The send texts, not mail. Heck, they're not even writing actual words half them time ... LOL, UR, LMFAO. And the world they enter upon graduation is one of computers, blackberrys, and iphones. I can understand why schools want to focus on ensuring our children are technologically literate, but I ache a little to think that my boy may not know how to write or read cursive writing. I might have to be the one to teach him.

I look around and wonder, what else? What else will join the ranks of film, cassettes and cursive writing on the brink of extinction, or at the very least being commonplace? Sadly, I can see books joining that list. Perhaps not for Hudson, but maybe for his kids. Maybe printed boarding passes for flights. It's a good thing I kept his first one, it might actually mean something to him someday.

Who knows what else will be completely different 20 or 30 years from now. I know I would not have expected at 10 that my mint green stereo, my pink camera or my lined writing notebook would become dated by the time I was 30. And at this age I can`t envision where we`ll be without our ipod, iphone and laptop. Yet, it is quite likely that by the time I`m 60, that will very likely be the case.

For now though, I will enjoy the instant gratification that comes with online purchasing and my Canon G12. 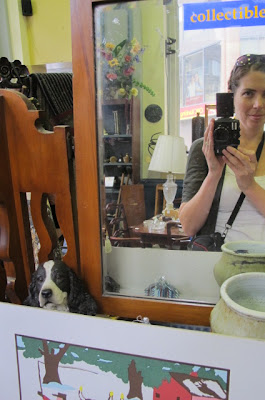 When Adam was four and were we moving to Halifax we stopped at my great Aunt Myrtles before heading across the gulf. I told him to phone his grandmother and let her know we were ok. he was gone for a few minutes then returned and whispered in my ear 'Mommy how do you use the phone?' it was a rotary phone.